The Difference between siRNA, shRNA, dsRNA and miRNA 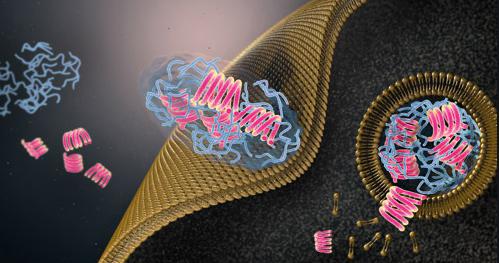 RNA interference (RNAi), which uses short double-stranded RNA (siRNA) composed of more than 20 nucleotides to replace traditional antisense nucleic acid for post-transcriptional gene silencing, has been rapidly and widely applied to the study of gene function and gene expression regulation mechanism and other popular areas, and opened up new ways for gene therapy.

1. miRNA: In genetics, it refers to microRNAs.

It is a single-stranded RNA fragment between 21-23 nucleotides in length, which regulates gene expression. miRNA is encoded by genes, transcribed from DNA, but not translated into protein.

The primary transcripts (pri-miRNA) shorten the neck loop structure to obtain functional miRNA. Mature miRNA molecules are partially complementary to one or more mRNA molecules, and their main function is to down-regulate gene expression. The concept of microRNA first appeared in an article in Science (26 October 2001).

It is a complementary strand of RNA, similar to DNA found in cells. dsRNA constitutes the genome of some viruses (double-stranded RNA viruses). Double-stranded RNA, such as viral RNA or siRNA, can promote RNA interference in eukaryotic cells and cause interferon responses in vertebrates.

It is an RNA sequence with a tight hairpin turn, which is often used for RNA interference to silence the expression of target genes.

The vector is used to introduce shRNA into the cell, and the U6 promoter in the vector ensures that the shRNA is always expressed; this shRNA-loaded vector can be passed to the progeny cells, so that gene silencing can be inherited. The hairpin structure of shRNA can be cleaved into siRNA by cellular machinery, and then siRNA is bound to RNA-induced silencing complex (RISC), which can bind to target mRNAs and degrade them.

shRNA is also used in plants and other systems where U6 promoter drive is not required. In plants, the commonly used promoter to enhance expression is CaMV35S (cauliflower mosaic virus 35S). In this case, RNA polymerase II is involved in transcription and initiates RNA interference.

It is a type of double-stranded RNA molecule with a length of 20-25 nucleotides, which mainly functions in the RNAi pathway and interferes with the expression of specific genes. In addition, siRNA also plays a role in RNAi-related pathways, such as antiviral mechanisms, and the shaping of genome chromosome structure. Its structure is a completely complementary RNA double strand with two uncomplementary bases at each end.

miRNA, siRNA, dsRNA and shRNA are all small RNAs used in RNA interference technology. The difference is that miRNA is single-stranded RNA, and the rest are double-stranded RNA; siRNA and dsRNA are similar; shRNA requires After the vector is introduced into the cell, the enzyme cleavage mechanism in the cell is used to obtain the siRNA and finally exert the RNA interference effect.

RNA interference (RNAi) is a biological process in which RNA molecules silence specific genes, it’s first discovered in plants and Caenorhabditis elegans and later in mammalian cells. This discovery is one of the most important advances in biology, so Andrew Fire and Craig C. Mello shared the 2006 Nobel Prize in Physiology or Medicine for their contribution on discovery of RNAi technology. RNAi technology is becoming an important tool for cancer research nowadays.

BOC RNA’s integrated capabilities for design and synthesis of siRNA